Getting Away With It

When we think we can get away with it, we are all capable of harming another human being to get what we want.

Fortunately, most of us will not commit heinous sins or crimes, as have been seen in recent days. But, if we are honest with ourselves, we are no different than anyone else.

Every single one of us can identify a time in our lives when we got what we want and harmed another person. Our harm to the other person may have been intentional, or it may have been an accidental consequence.

Nonetheless, in our heart of hearts, we did it because we thought we could get away with it. Or, we didn’t care at the time what the consequences were.

In a human court of law, there are varying degrees of crimes. Thus, we measure ourselves accordingly, saying, “Well, I’m not as bad as that guy.” Or, “I’m not as bad as those people.” The standards of our laws justify us in our own eyes.

But that is an extremely limited understanding of crime. It doesn’t shed light on the reality of sin. Saint Augustine cautions us on treating too lightly those “tiny sins.” A lifetime of them will amass a great heap, one so great there is no way we could justify ourselves by saying, “It’s no big deal.”

Whether you’ve vandalized one wall or destroyed an entire building, you are still a vandal. Whether you’ve stolen a toy from a friend, or stolen money from a cash register, you’re still a thief. I could also go on to talk about how hatred of your neighbor (for the reason of race, socio-economic status, or jealousy) is still hatred.

Hatred is worse than a failure to love. It is a poison we drink ourselves, corrupting us from the inside and bringing death to every aspect of ourselves and those around us. Thus, anyone who hates his neighbor is a murderer. Hatred destroys life, and it destroys love, driving those who harbor hate within their hearts to the act of murder itself. One cannot simultaneously say they love their family but hate their neighbor. There is an irreconcilable duality at work within their hearts. Eventually, hatred of neighbor will taint and destroy the love of family.

The only difference between one who harbors hatred and one who does not is the conscious effort to fight against our natures to hate what and who we do not understand. Let’s make a similar comparison between those who take advantage of a situation and those who do not. One wreaks havoc and causes further harm to the neighbor they claim to love. The other brings life and healing to the neighbor they love and the stranger they are choosing to love.

All of us are capable of change. All of us can work harder each day to be better: more loving, more kind, more compassionate. But it is a conscious choice made each day to sacrifice self for the other person’s well-being. Little by little, what begins as a trying act becomes the very first thing we do when we see someone in need, because in that person we see ourselves, a fellow human being.

I’ll close where some may diverge from this line of thinking.

I believe we can never escape what we’ve done. It’ll always mar us. No matter how much good we do, it could never redeem the bad we’ve done in our lives. We cannot erase the mountain of “little sins” from our past, just like the murderer cannot bring back to life the victim of their crime. In this lifetime, there will be consequences for our actions, but those consequences will only be a shadow of the justice we all deserve. The wages of sin is always death.

That is why God came to us in the person of Jesus Christ. We cannot escape the just punishment for the heap of sin we’ve committed in our lifetime any more than the consequences of one single grave sin, like murder, can be escaped.

Should we lay down our own lives to make amends for our sins, it would not be enough. We are not perfect enough; we are not righteous enough; we are not good enough. Even our act of “self-sacrifice” would be motivated by a selfish desire to eradicate the guilt weighing us down.

The good news is this. Motived by perfect love, Jesus Christ offered himself entirely in our place to pay a debt we could never pay.

He didn’t have to suffer and die for our sins. Indeed, at the snap of a proverbial finger, God could have forgiven the sins of all humanity. But, in doing that, he would have removed from us the free will endowed to us by our Creator. Instead, God chose another way, one that would truly show us the magnitude of His love. Already bloody from hours of severe torture, Jesus Christ allowed sinful humanity (that’s you and me) to stretch out his arms and drive nails into his hands and feet. In doing that, he offered himself as a once for all sacrifice, paying a debt we could never pay no matter how much good we attempted to do.

If you’ve ever struggled to do good and avoid evil, you will have encountered frustration in this struggle. Though we love our friends and family, we still manage to hurt them. Though we feel bad for the poorest among us, we still manage to pass them by right on the street. The good we want to do, we do not do, and the evil we do not want to do, we do. We are frustrated at ourselves because numerous times, over and over again, we hurt and continue to hurt other people.

The Gospel is this.

While we were yet sinners, Christ died for us. In His death, he took on the just punishment due to us all. As a result, He justified us in the eyes of God. Yet, not all will be justified. God will not force us to choose Heaven any more than He will force us into Hell. Though He desires us all to enter in Heaven and avoid Hell, He loves us too much to usurp our free will by forcing upon us something we do not want. The choice to accept Christ is ours alone to make.

Thank you for reading to the end. 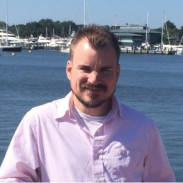